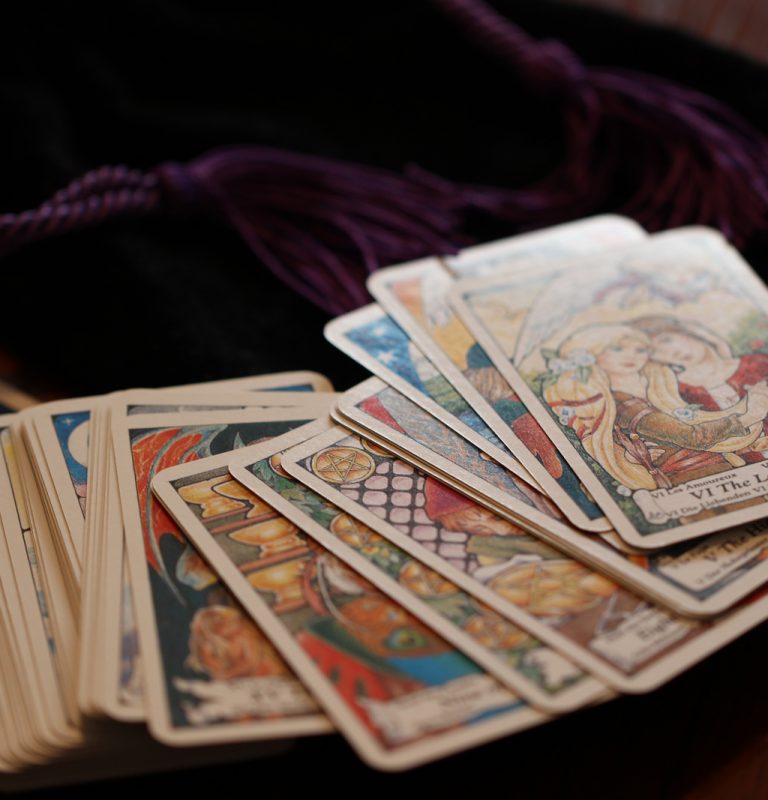 It is only from the late 18th century until the present time that Tarot cards have been used by mystics and occultists alike for divination.
The basic concept is that each card possesses a pictograph and title that represents a specific concept or archetype. The belief in divination associated with Tarot focuses on the prospect that whatever cards dealt to the participant will be regulatory
These cards have been used both for divination (predicting the future) as well as a kind of guided meditation by mystics.
The cards are divided into two groups – Major Arcana and Minor Arcana. The 22 Major Arcana cards depict images like the Hanged Man, the Devil, the Wheel of Life and the Fool. The 56 Minor Arcana cards are suit cards, but rather than the spades, hearts, diamonds and clubs found in a traditional deck, there are wands, swords, cups and pentacles.
The symbols are viewed as guideposts to help us grow, evolve and solve our problems. Tarot cards could be described as the map of the spirit, the heart and the soul, a map, so to speak, in bird eye view, which when read accurately can solve a multitude of problems.
Investment: Rs. 910 – Per Session ( 5 Minutes on call Only)
Rs. 2300 – For 15 Minutes
Rs. 4100 – For Half an Hour
Rs. 5500 – For an Hour 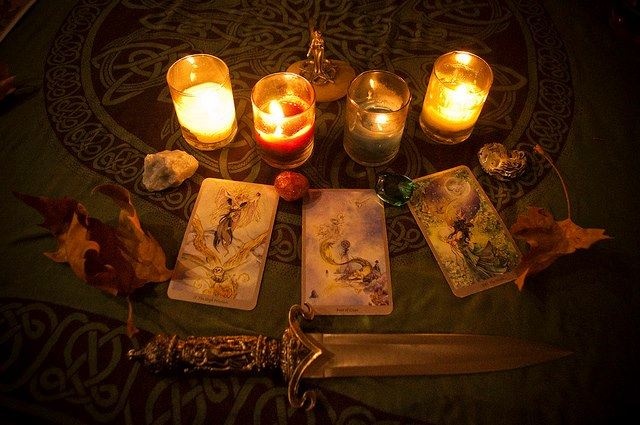 Interpretation of Tarot cards is a major aspect of Tarot reading but when a person wants a solution for a specific problem many readers take recourse to certain processes called Tarot Rituals. There are separate rituals for separate problems. A ritual helps to focus your intent, will and your attention on the thing you want to achieve or change. Focusing on your intent stops the mind from wandering and influencing the reading. Not only are Tarot rituals integral to a Tarot reading, but very necessary. They prepare the reader and clear psychic space, helping to keep unfavorable influences at bay, thereby maintaining readings integrity. Items used in Tarot rituals can vary from blades of grass to energy crystals.
People have been known to use leather bags, crystals, candles, incense sticks, pouches, beads and various other items to help channelize the reading so as to attain a more accurate and pin-pointed solution to the problems faced by the customers. Rituals are flexible depending on the situation, for example, if the time available is short, the ritual can be seeded-up by omitting unnecessary detail.
Tarot rituals not only benefit the customer but the Tarot card reader too. Through these rituals the reader experiences an increase in confidence and an assurance that they are conducting themselves appropriately, that they aren’t influencing the reading in any way, but are in fact allowing the Universal Source and its message for the seeker to flow through them.
Investment: Rs. 910 – Per Session ( 5 Minutes on call Only)
Rs. 2300 – For 15 Minutes
Rs. 4100 – For Half an Hour
Rs. 5500 – For an Hour 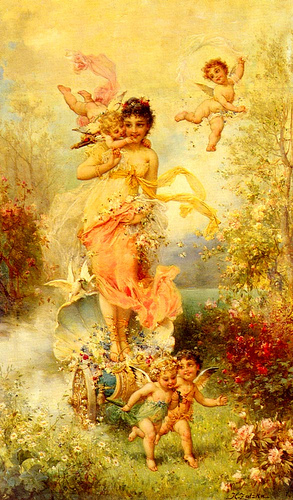 Doreen Virtue wanted to create a Tarot deck that was 100% safe and positive without sacrificing any of the depth and wisdom of traditional Tarot cards, so she teamed up with Tarot expert Raleigh Valentine and artist Steve A. Roberts to create Angel Tarot Cards. The reading of these cards has often been described as an ancient, time-honored way to connect with angels. Angel Tarot cards are slightly bigger than most Tarot cards. Additionally, each card’s meaning is written at the bottom. This makes it a perfect deck for those not familiar with Tarot. Many of the cards feature life-forms on some other planet, with multiple moons glowing in the background and magical creatures such as mermaids, unicorns and dragons. The defining characteristic of this deck is the positivist of the cards. More sinister cards such as Death, the Devil and The Tower have been re-imagined so that their look and messages are significantly more uplifting. Angel Tarot Cards are unique in as much as they are safe without being sappy and incomprehensible. Doreen Virtue describes this method as a spiritual healing method that involves working with a person’s guardian angels and archangels, to heal and harmonize every aspect of life.? Angel Therapy is hugely instrumental in helping one to receive with clarity, Divine Guidance from the Creator and angels.
Investment: Rs. 910 – Per Session ( 5 Minutes on call Only)
Rs. 2300 – For 15 Minutes
Rs. 4100 – For Half an Hour
Rs. 5500 – For an Hour 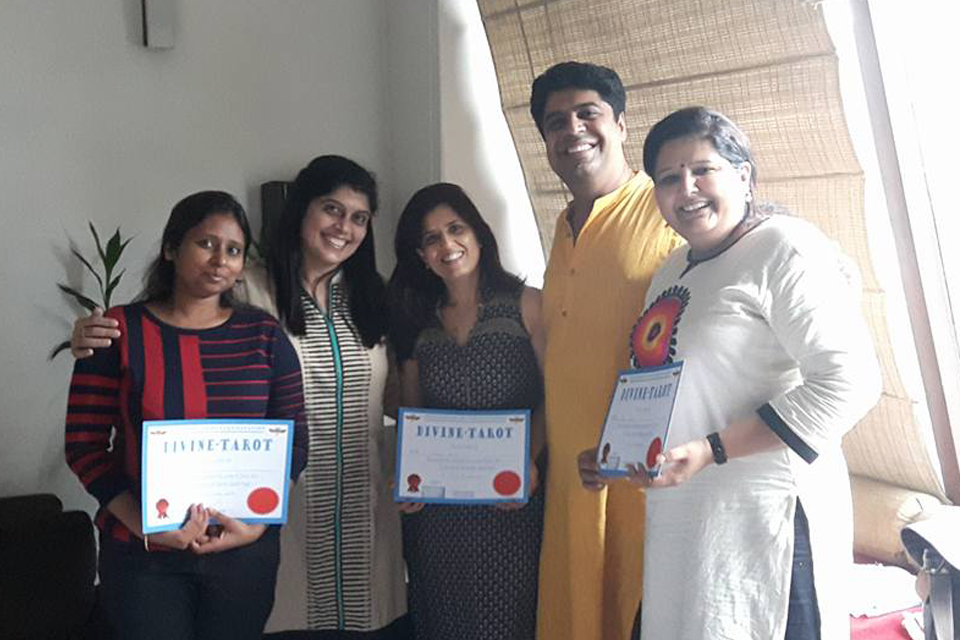 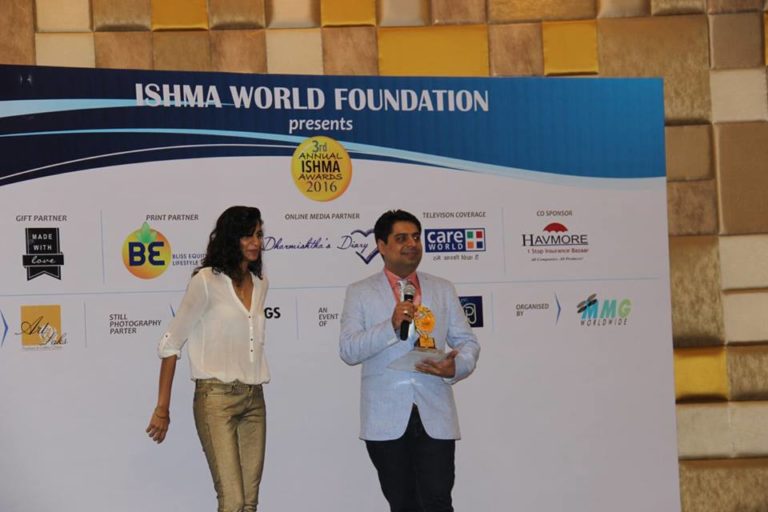 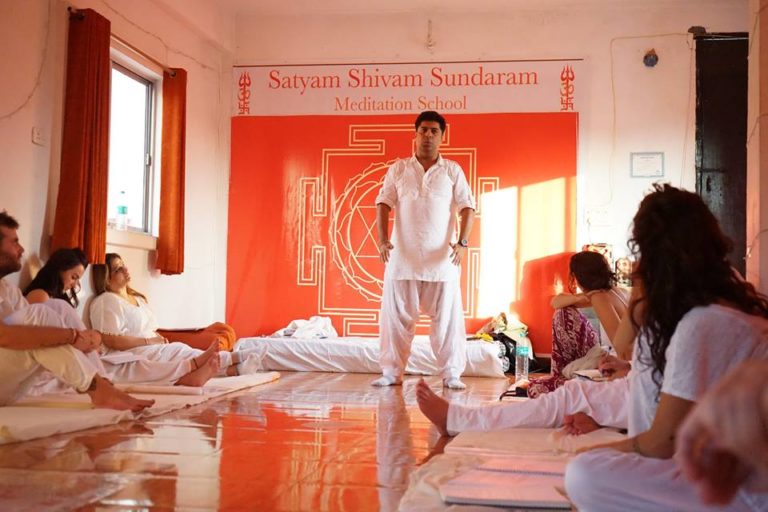 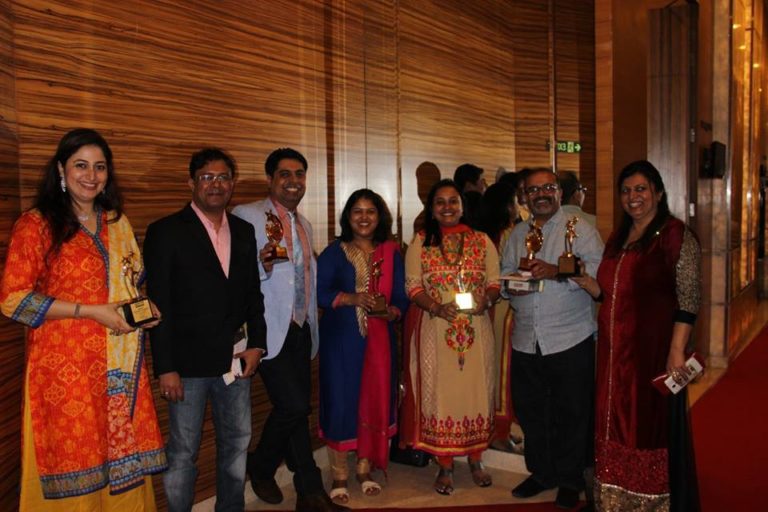 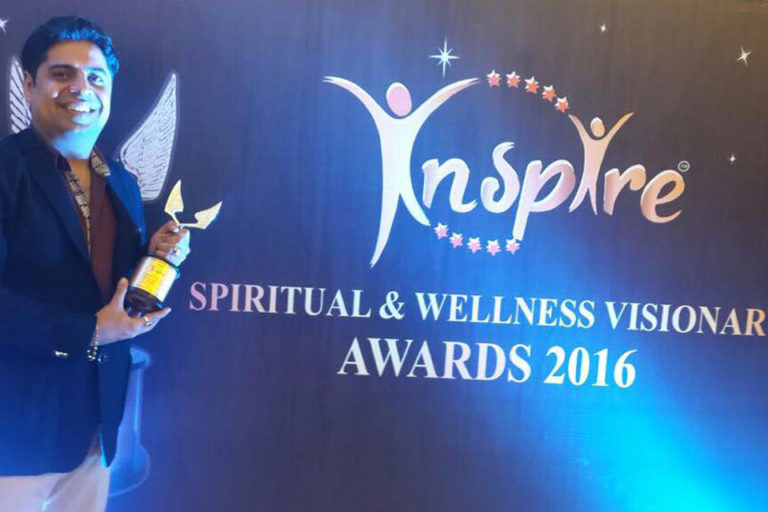 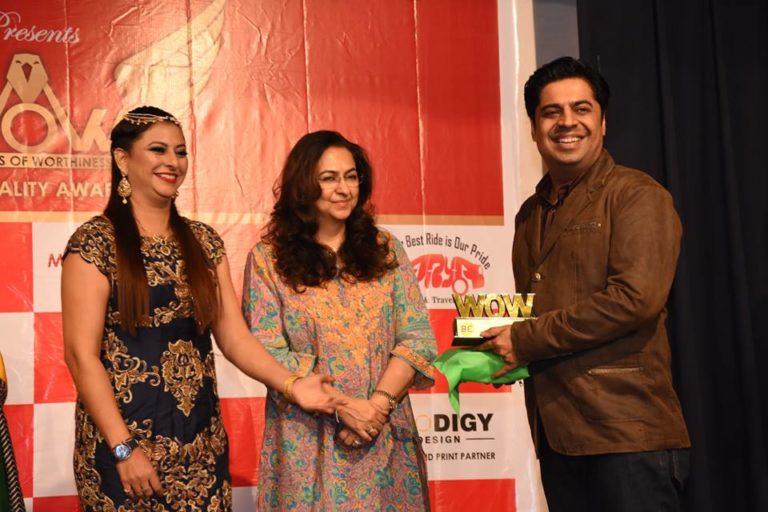